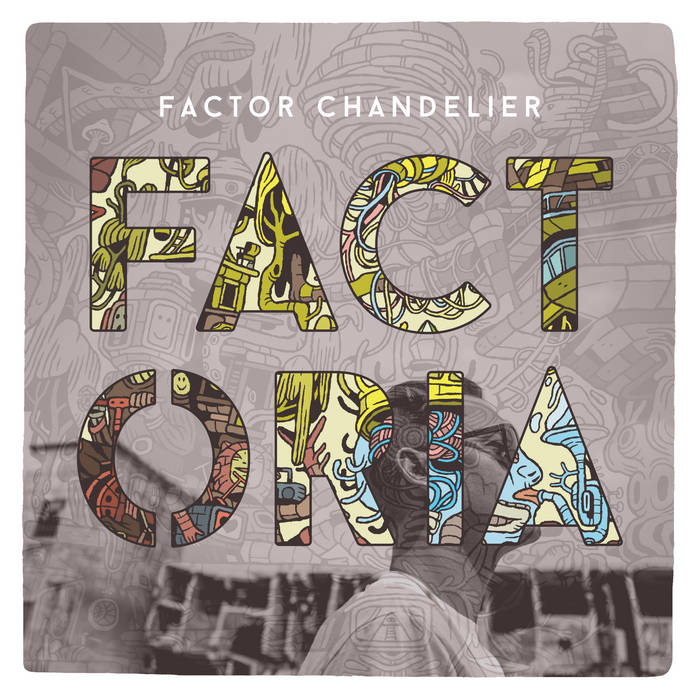 always_kos Honestly because I first heard Factor's work on 7 Vessels and I gotta catch up :)
Favorite track: Snaps feat. Kay the Aquanaut.

The ruins of the failed city of Factoria lie under the residential subdivision of Silverwood Heights in Saskatoon, Saskatchewan, the hometown of producer extraordinaire Graham Murawsky (aka Factor Chandelier). Just prior to World War I, Chicago entrepreneur Robert E. Glass ventured north with dreams of building an elaborate industrial city in a formerly typhoid-riddled area that would house a brick plant, flour mill, brewery, school, post office, restaurant, hotel, and whatever else progress would afford. But before his development plans could come into fruition, war, the cessation of banks issuing credit, and the inability to secure electrical power turned Factoria into a ghost town. Inspired by the obscure story of the Magic City that never was, Factor Chandelier has crafted a 13-track album that pays homage to Factoria and wonders what could have been.

On the Factoria LP, Chandelier’s follow-up to the 2013 concept album Woke Up Alone, he builds a city of expansive beats that bang with punishing drums and industrial clatter at one moment and exude a melodic, pastoral calm the next. The sounds shift on the album in accordance with the hope that the city began with and the wartime entropy that engulfed it. Recorded and mixed by Factor at his Chandelier Studios in Saskatoon, the album incorporates the bass of Enver Hampton, violin and guitar from The Pxrtals, and guest vocals from a host of Fake Four family and friends.

Factoria opens up with “The Magic City”, a glossy, post-apocalyptic instrumental reminiscent of Ratatat segueing into Kirby Dominant’s geographical cure pondering on the upbeat title track. Open Mike Eagle brings his emotive, pensive musings to “Dozer II” while Awol One, Gregory Pepper, and Ceschi reunite over the funky bass of “Noise Band”, a gloomy, self-deprecating sequel to their 2009 collaboration with Factor on “Back Then”. Myka 9 explores the concept of building through an abstract historical context on “Shoulders of Giants” before “Old Organs” closes out the record with crashing drums, eerie organs, and wraith-like wails.

What may have driven Glass to Factoria, beyond monetary gain, is the desire to create something in his vision, to build a city of infinite possibilities where people could settle and seek their fortune amongst a serene central Canadian backdrop. On the same hallowed ground, Factor Chandelier has built a decade and a half worth of beats for Canadian comrades, west coast underground legends, and indie rap cult heroes from all over the map. Augmented by Factor’s chemistry with emcees he has worked with for years, Factoria is a beacon illuminating the streets that paved over the ruins of the Magic City.

Factor Chandelier's production combines smooth melodic moods and live instruments over immaculate drums put together seemingly effortlessly to create a distinct sound of his own and it's for this reason he's consistently banging out one-of-a-kind beats as one of underground music’s favourite producers. Factor continues to make waves with his innovative sound. ... more

Bandcamp Daily  your guide to the world of Bandcamp

MF DOOM is given his flowers, plus appearances from MC Jada Imani and Stanley Ipkuss